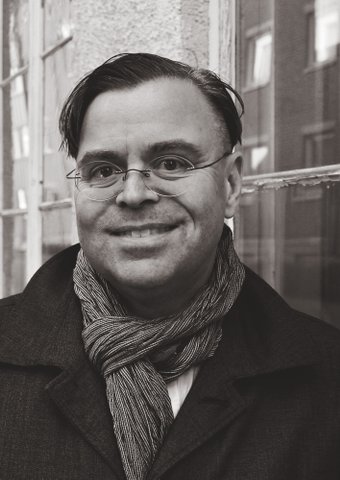 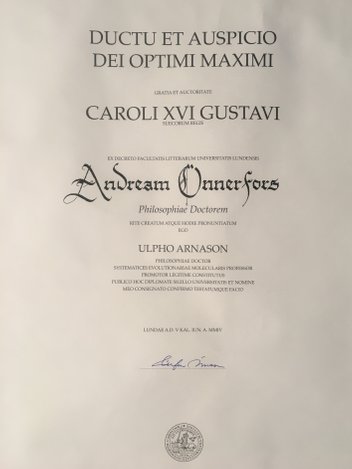 Born in the most volcanic region of Germany, my life has been one of continuous movement forward in an intenational academic and intellectual career.

Leaving the Max-Planck-Gymnasium in 1990 in Trier (Germany's oldest city founded by emperor Augustus) with the diploma Abitur, I studied at the local university and travelled the globe until 1993, when I was drafted to the Swedish compulsory military service. I served as a Second Lieutenant at the Royal Dragoon Regiment K1 in Stockholm as MP and was engaged in ceremonial service on horseback.

In 1995, I started studying the History of Sciences and Ideas at Lund University in Southern Sweden and volunteered in 1995-1996 with service in the Interpreter's School of the Swedish Armed Forces, where I acquired Russian skills and received training as interrogator.

Back to Southern Sweden, I continued my studies at Lund university from which I graduated in 1999 with a BA-degree. At Lund university, I started developing my skills in stage performance of poems and songs, led the debate- and eventplatform 'Studentafton' for a year and headed the student's cultural organization Akademiska Föreningen. I also introduced Café Philo to Sweden, engaging in philosophical conversations in public.

In 1999, I started PhD-training with a dissertation project devoted to the Swedish dominion on German soil, Swedish Pomerania 1720-1815. Between 2000 and 2003 I also was a member of the German graduate school 'Contact Zone Mare Balticum' at the University of Greifswald.

Having defended my thesis, I devoted the years between 2003 and 2006 to various postdoctoral positions, doing research on 18C Swedish freemasonry and working as a coordinator at the Centre for European Studies at Lund university.

My international breakthrough arrived in 2007, when I held postdoctoral positions in Germany (Freiburg i. Br.), France (Nice-Sophia Antipolis) and finally was recruited as the Director of the Centre for Research into Freemasonry and Fraternalism at the University of Sheffield, UK. I returned from the UK to Sweden in 2010, where I worked as a researcher at Lund university library and later as lecturer until 2014 at the University of Malmö in the subjects Peace and Conflict Studies, Human Rights, European and Political Studies. I was promoted to Associate Professor (Reader) in the History of Sciences and Ideas at Lund university in 2012.

Between 2014 and 2020, I worked as Senior Lecturer in the History of Sciences and Ideas as well as in the emerging Masters Programs of Global and Public Health at Sahlgrenska Academy.

In 2015, I was elected member of the European Academy of Sciences and Arts in Salzburg, Austria.

Since 2020, I am affiliated as an Honorary Research Fellow at the Forschungszentrum Gotha at the University of Erfurt in Germany. I was also promoted to Full Professor.

In 2021, I launched my enterprise Hyperhelikon Ideas Consulting devoted to Initiated Intelligence and Illuminating Ideas.

For a full CV/Résumé, see here.

Over the past two decades, I have gathered substantial experience in organizing lectures, events and workshops as well as in outreaching activities and reesarch communication. More information is available here.